How to be the best at Pokémon Quest: the beginner’s guide to the game 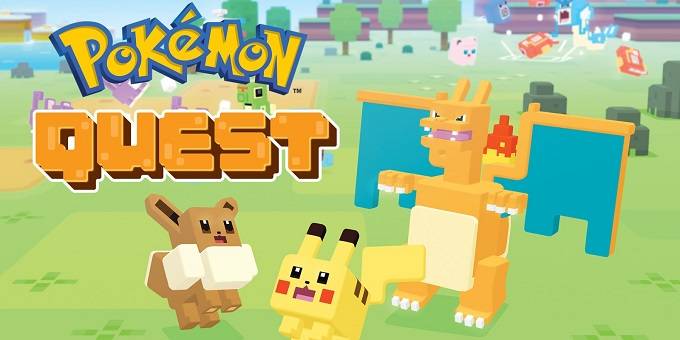 There is no rest for the wicked and Nintendo, after releasing the free Pokémon Quest for Nintendo Switch this May, announced a soon-to-be port for the iOS and Android.

Players are still getting used to the combat techniques of Pokémon Quest and there's one important issue for all the rookies, who just discovered the game: How to evolve Pokémons?

Okay, this Minecraftish Pokémon saga seems to be kind of different from other games in the franchise. That's why forget everything you've learned from your previous Pokémon experience.

At first, the idea behind evolving your Pocket-monster appears to be simple:

However, the process is a bit trickier.

The so-called Power Stones are the key to power in this game. Right after you complete your debut expedition, you'll be awarded a little pile of them.

They are classified as:

Technically, Pokemon Quest Power Stones do not evolve a Pokémon but still, they are crucial to have. Attach them to one of your boys to increase either health or fire-power in order to complete quests and expeditions much faster. Consequently, it'll garner you more XP points. This, in turn, will allow you to have more slots for Pokemon Quest Power Stones, making your Pokémons buff and tough.

For instance, Shiny Growlithe has a huge amount of HP but a pretty weak attack. The red Power Stone will make him a ruthless warrior (as shown in the picture). 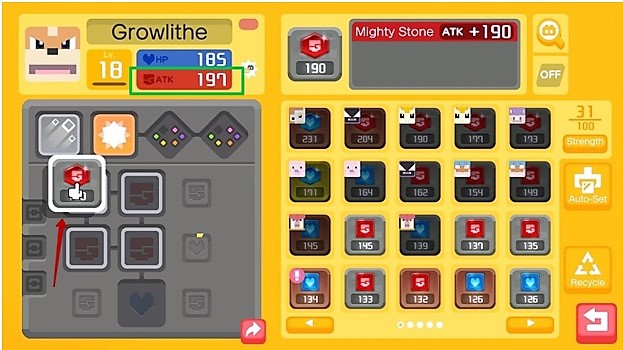 If you place the Power Stones in specific slots (in a row/column only) which are connected by a visible black line, you'll earn Bingo Bonuses. These Bonuses award you some radically cool abilities, such as: 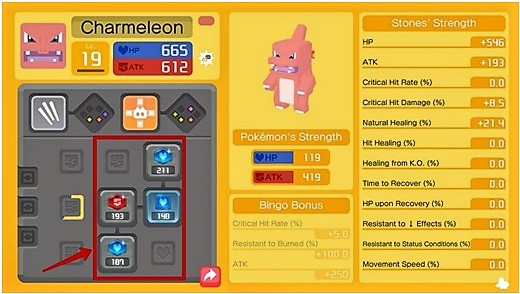 Charmeleon gets a Bingo Bonus

Mysteriously, the extra-attack received from the Bingo Bonus is never displayed on the attack panel. But it's not a reason to fret though. It's still there and it's still working.

Plus, for attaching the first Power Stones you get to your Pokémon, you'll earn 5 Poké Mart Tickets as a bonus.

2) Replay over and over

Once you assemble your first Pokémon pack, you'll inevitably try to strengthen them. Because they will be quite low-leveled.

The best and safest way to succeed in Pokemon Quest evolution is to replay the same events/quests/levels over and over again until you amass the right amount of XP points, Power Stone slots and other goodies.

This will hinder the story-mode progress a bit but at the same time, your Poké dream-team will be fully prepared whenever you'll encounter a serious challenge.

Like Christopher Columbus, be a discoverer. That means try to spot as many Decorations as you can - for instance, Pikachu-shaped gates or a Blastoise-like fountain.

The Decorations can be placed at your Pokemon Quest Base Camp to:

For instance, there are such Pokemon Quest decoration effects: 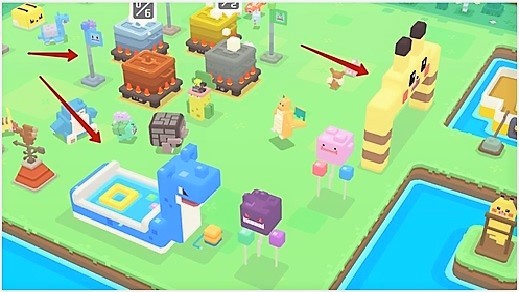 Decorations can be either bought through spending honestly earned Poké Mart Tickets or conquered by defeating various bosses.

Unfortunately, you won't be able to place/arrange the Decorations in the way you want because the Pokemon Quest Base Camp has certain areas where they can be installed. Yes, the placement capacity of your belongings is quite narrow.

Complete quests to earn a ton of useful freebies. Particularly you must be interested in getting free PM Tickets, recipe ingredients and Battery recharges since they can indirectly affect the Pokemon Quest evolution progress. 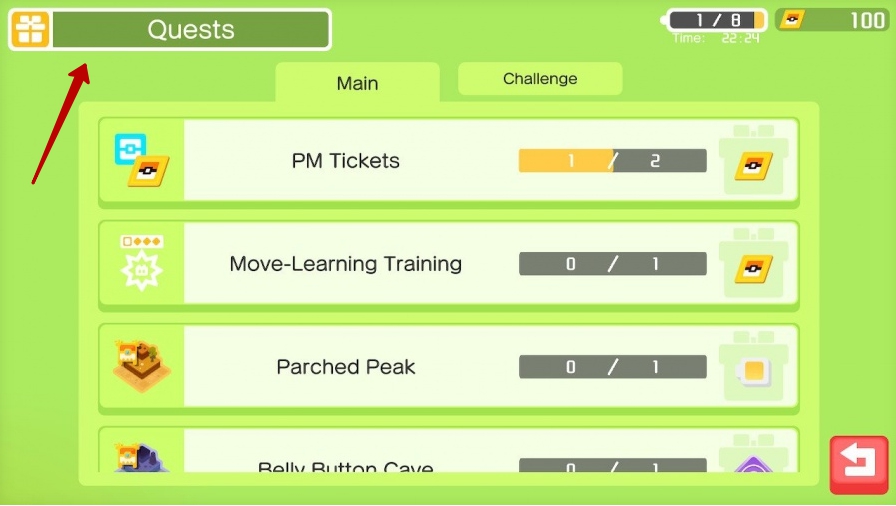 Quests are available whenever your dream-team isn't in an Expedition.  So far their objectives are quite simple and easy.

Poké Mart Tickets are a sort of in-game currency. They can be spent on buying either Decorations from the Decorations List or Collection Boxes.

As we have learned, Decorations may stimulate the Pokemon Quest evolution, meanwhile, Collection Boxes allow you to have more than basic 20 Pokémons and Power Stones.

PM Tickets can be procured via:

The last option is costly but it will give a load of tools necessary to level up your Poké boys.

To gather even more experience, you should do some Poké training. How to learn new moves in Pokemon Quest? The best way to train your Pokémons is to do the following: 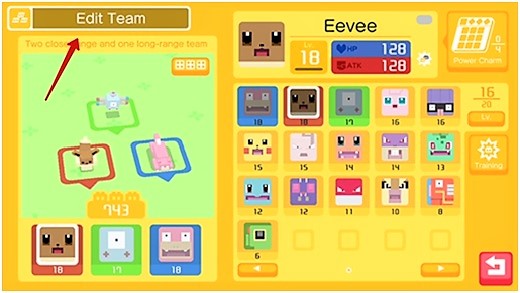 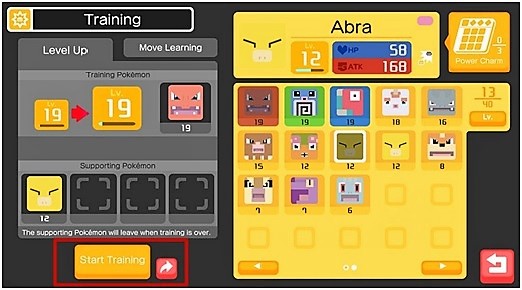 After you've chosen the Pokémons, tap on "Start Training"

You can choose up to 4 supporting Pokémons for the process of teaching new moves. And the more there will be, the more XP point the Pokémon in training will be awarded.

If the supporting Pokémons belong to the same element (type in other words), then the Pokémon you've chosen to train will get even more XP point.

Remember! The supporting Pokémons will disappear from the collection as soon as the training is over. Allegedly the leveled-up Poké-beast devours them, to absorb their might and stats.

Technically they do not increase the experience of your Poké-guys, but they greatly affect the Moves (special powers) that your Pokémons possess.

To obtain them you must:

Every single stone has a specific coloring and has to be placed in a slot, color of which matches it.

In case you've been puzzled with a question: "At what level does a Pokémon evolve?" then search no further. The Pokémon Quest evolution levels are the same as in all central games.

For example, the above-mentioned Growlithe evolves into Arcanine at the level 36, just like in all other Pokémon-related titles.

As for now, these are the only ways to have your Pokémons leveled-up. It seems to be a bit entangled if you ask me but these are unavoidable little evils of every decent RPG.

Doubtlessly, later this summer we'll see some patches and upgrades provided by Nintendo which will show more exciting ways and items that will allow the evolution of your №1 Poké-friend.