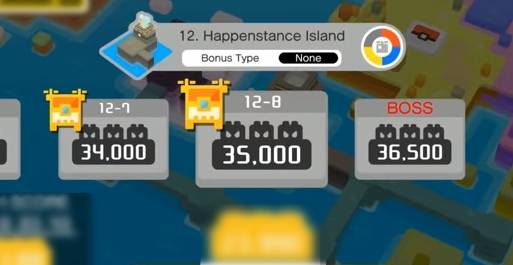 If you are at the stage 12-8 then you are almost at the finish. This is last but one stage before you can say that you are a total winner of Pokemon Quest.

But do not hurry to rejoice and celebrate a victory. The mission is still difficult or close to impossible.

There is a fat chance that after clearing four waves of enemies Pokemon you are going to fight with two bosses at once. Hitmonchan and Hitmonlee are a couple of bosses which simultaneously will attack you.

Tip 1 from Pokemon Quest walkthrough guide: Sometimes attacks can be critical hits. When they are, the damage they deal is 1.5 times more effective than usual.

Hitmonchan is a Fighting-type Pokemon. It is humanoid and always male. Keen Eye or Iron Fist these are the abilities inherent for this Pokemon.

You will recognize Hitmonchan by its purple tunic and kilt and red boxing gloves. Its main activity is punching. So you need to be very circumspect to avoid its punches. Though Hitmonchan has no equal in punching it needs a break every three minutes of a fight.

Hitmonlee is another Fighting-type Pokemon. It is as well as Hitmonchan 100% male. Though it is also a humanoid, its appearance differs from Hitmonchan.

Hitmonlee has an ovoid body which serves it a face as well. There are eyes on its torso and no mouth or nose. Its legs are very stretchable, so it gives powerful kicks with them. The muscles on Hitmonlee legs are very tight, and the Pokemon rubs them down after every fight.

To be the most effective against Hitmonchan and Hitmonlee you should use Fairy, Flying, and Psychic types of moves.

*The main boss (or bosses) which you encounter at this stage may be different from the described in our Pokemon Quest walkthrough guide. Be prepared to fight with any Pokemon at any moment.

Tip 2 from Pokemon Quest walkthrough guide: There are apparently some moves which can be called signature that only certain Pokémon can learn.