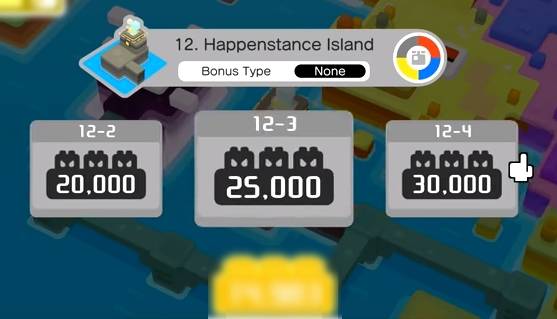 You need to have 25000 of Team Strength to pass the stage 12-3 on the Happenstance Island successfully. But even such a great amount of strength doesn’t guarantee you a victory from the first attempt.

Tip 1 from Pokemon Quest walkthrough guide: If you've befriended Ditto, it seems to transform into a different Pokémon on each expedition.

There is a great chance that on the stage 12-3, you will Farfetch’d as the main boss. It’s a Normal/Flying dual-type Pokemon. It is curious that Farfetch’d evolve into or from any other species of Pokemon.

Farfetch’d resembles a duck with large as its body wings. But don’t be deceived with the cute bird appearance of this Pokemon. This duck-like Pokemon always carries an onion or a leek stalk with itself, and ready to defend it from anyone. So it will be dangerous in a fight assuming that you want to steal her favorable object.

Electric, Ice, and Rock moves are the most effective in the encounter with Farfetch’d. You can also use an effect of dodging against this boss Pokemon.

Tip 2 from Pokemon Quest walkthrough guide: If you can predict when enemies are about to use a move, you should be able to dodge it by telling your team to scatter.

*The main boss which you encounter at this stage may be different from the described in our Pokemon Quest walkthrough guide. Be prepared to fight with any Pokemon at any moment.