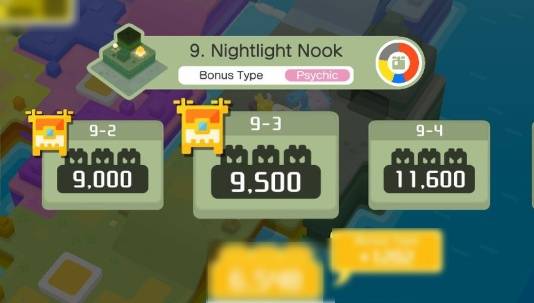 Evolution of your Pokemon is the essential part of the Pokemon Quest. Evolved Pokemon are stronger, more advanced in defense, and so on. You can evolve your Pokemon by training, learning new moves, etc.

Tip 1 from Pokemon Quest walkthrough guide: Evolved Pokémon are apparently not attracted by your cooking.

If you reached the Nightlight Nook level, possibly some of your Pokemon are already evolved. So much the better. It means you will pass three waves of the third stage easier and face Dewgong at the final wave with no fear.

Though Dewgong is a strong boss of the stage, it doesn’t terrify you with its appearance. Dewgong is a cute Pokemon which looks like a sea lion. Thanks to its flurry body, it can resist even the coldest conditions.

Dewgong belongs to a Water/Ice type, and this gives us a clue to its weaknesses. This Pokemon is the most vulnerable against Grass, Electric, Fighting, and Rock types of moves.

Tip 2 from Pokemon Quest walkthrough guide: You can use the Effect of Confusion against your enemies. When Pokemon are confused, they attack themselves for a little while.

Pokemon Quest Moves Guide As you already know, your Pokemon can manage two types of moves in the battle. These are offensive m... Details Pokemon Quest Decorations Guide Pokemon Quest offers you a bunch of entertaining activities on the Tumblecube Island. Your little Po... Details Pokémon Quest - How to evolve Pokémons Since Pokémon Quest is sort of an RPG game, you'll have to upgrade your Poké-guys cons... Details
We use unpersonalized cookies to keep our site working and collect statistics for marketing purposes.
See the Privacy and Cookie Policy here.