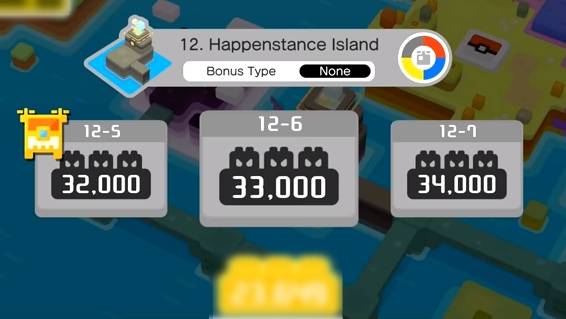 You’ve already noticed that the Happenstance Island level is treacherous and intricate. All seem to change here constantly. You never know who will be your enemy, and there’s no particular boss at every stage.

Tip 1 from Pokemon Quest walkthrough guide: Even if you've been to a stage before, the enemy Pokémon that appear there can apparently change.

All we know that once there is a chance to encounter Jynx and Mr.Mime at one stage as its main bosses.

You have already met Jynx at the Nightlight Nook level of Pokemon Quest. It was the boss of stage 5 there.

So you have a fresh memory about the moves which are vulnerable against Jynx. Being an Ice/Psychic type of Pokemon Jynx is mostly afraid of Bug, Ghost, Fire, Dark, Rock, and Steel moves.

Beware of Jynx dances, you must keep your head clear in the fight with this tricky Pokemon.

Mr. Mime was your enemy at the Pincushion Plain level. It belongs to a Psychic/Fairy type. Its main ability is to make its foes think that something exists which in reality doesn’t.

Ghost, Poison, and Steel types of moves are the most dangerous for Mr. Mime. So you need to use them attacking this Pokemon.

Tip 2 from Pokemon Quest walkthrough guide: Pokémon only seem to evolve when they level up.

*The main boss (or bosses) which you encounter at this stage may be different from the described in our Pokemon Quest walkthrough guide. Be prepared to fight with any Pokemon at any moment.